Last night I participated in a two-hour game jam called “Themed Trainwreck Thursdays,” hosted by Glorious Trainwrecks. Glorious Trainwrecks is an online community/wiki/forum for game developers, with the stated goal of “bringing back a time when you didn’t care so much about ‘production values.’” The hallmarks of their games and game jams are quick turnaround, playful abjection, and a DIY ethos.

One thing that’s drawn me personally to Glorious Trainwrecks is their affection for a software tool called Klik ‘n Play from 1994. I used Klik ‘n Play a lot when I was 12 or so; it was one of my first experiences with game development (alongside editing Wolfenstein3D levels and copying BASIC programs by hand out of a children’s magazine). It’s very easy to use, was at the time relatively cheap (it’s now free, but difficult to install on modern operating systems) and it came bundled with a bunch of animations, characters and backgrounds to spark the imagination. Glorious Trainwrecks hosts a recurring “Klik of the Month” game jam that’s more specifically focused on this tool, but it seems to come up pretty often in all their endeavors.

This specific Thursday Themed Trainwreck jam was themed “Inspired by Pokemon,” which they helpfully articulated:

Above all, Pokemon’s most famous feature is different creatures that can be catch-able, trainable, and/or trade-able. They may have more-or-less distinct abilities and strengths and weaknesses that make it fairly simple to decide which distinct situations they would best be suited for. Of course, this theme can be interpreted in many ways. For example Tanaka’s Friendly Adventurely abstracts the creatures into friends you must meet in order to see them and their different descriptions at a party. You can make a game based on this theme that is as abstract or not abstract, surreal or not surreal, as you like.

At the end of the two-hour time period (which I personally spent frantically tapping Actionscript code into my text editor and occasionally googling for cat pictures), 17 games by 15 developers had been submitted. I get the impression that it’s common for developers to make more than one game during one of these 2-hour jams, but for my part I’m amazed I got as far as I did with the one: The Pokey Little Pixels.

I wanted to make a game about these itinerant or lazy pixels, and one more determined pixel who rounds them up to make a picture someone is trying to download. It came out pretty sloppy, which I guess is to be expected

But it was a fun two hours! I want to mention that it is winnable – it just gets really hard at the end because, as it turns out, finding one last pixel is like looking for a needle in a haystack.

Here are a few other developers’ games that stood out to me: A short, funny text adventure about looking at things. After playing this, I’m convinced that Interactive Fiction is a good medium for the 2-hour game; it’s like interactive Flash Fiction, punchy and left open to interpretation. Requires a Z-Machine interpreter such as Windows Frotz

Click the ‘Call Monster’ button and a random cute monster walks across the stage. Doesn’t get any more pure than that. This one is made in Klik ‘n Play. The background story is “Monsters are auditioning for a play.” Cool! HAVE SEX WITH A POKEMON by Dessgeega

I wonder if this is the only dating simulator made in Klik ‘n Play, or just the best? 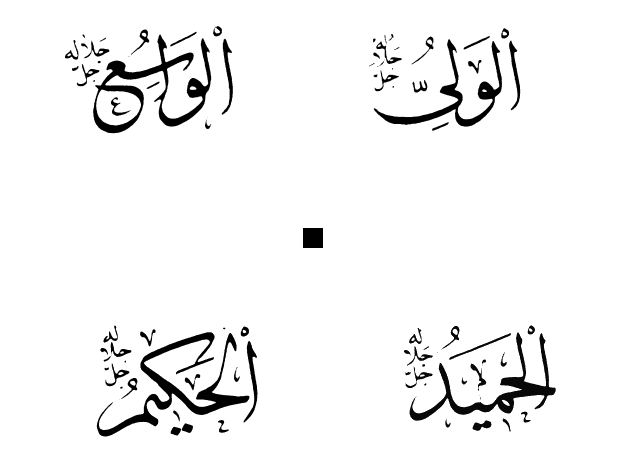 I’m a big fan of Increpare’s games. This one is about collecting/reading (it’s pretty abstract) the 100 names of Muhammad, the prophet of Islam. He chose Muhammad as a subject to coincide with the “Everybody Draw Muhammad Day” event/scandal which was also scheduled yesterday. It’s an interesting piece in that context: where the EDMD “event” was pretty irreverent at least, Increpare’s “100 Names” actually plays out more like a prayer or meditation. And it resonates with the original cartoon that sparked EDMD, in which a bunch of random inanimate objects are claiming to be Muhammad; Increpare’s game might also be about the prophet’s identity being kind of unfixed, or at least multi-faced. It’s worth mentioning that the sound is nicely done for a 2-hour game, too!

You can download all seventeen of the Pokemon-themed 2-hour games on Glorious Trainwrecks.